Discovering Mezcal: It’s All About the Agave, Artisanship 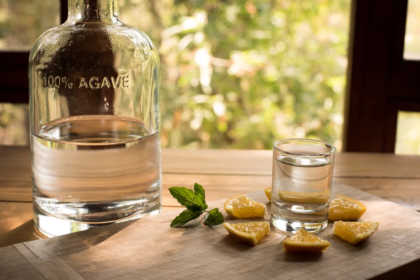 Many say mezcal is having a moment, but alluding to the spirit’s current notoriety using such a fleeting descriptor seems dismissive of its at least 450-year old history. While mezcal’s time in the spirit spotlight is certainly overdue and showing blockbuster potential—sales have increased about ten-fold in the last 10 years—let’s endeavor to discover what truly makes Mexico’s most emblematic beverage enduring, fascinating, and timeless.

Mezcal is often confused with tequila—Mexico’s other ubiquitous spirit—but understanding the distinction between the two is important.  While both are distilled spirits from the agave plant, tequila can only be made from the Blue Weber agave species (agave tequilana) while mezcal can be derived from around 30 different cultivated or wild species, of which the most common is espadín (agave angustifolia).  The distinct qualities of the agave—also known as “maguey”—are crucial to mezcal’s diversity in flavors and aromas.  Like wine grapes, agave has an enormous ability to express the “terroir” in which its grown.  The spiritual heart of mezcal is Oaxaca where most espadín is cultivated and where the majority of mezcal is crafted.  A geographical designation of origin (“DO”) was created in 1994 and legal production is also allowed in 8 other states; Tequila, however, can only be made in Jalisco, and in parts of 4 other Mexican states.

Many who have tasted mezcal will also detect a smoky flavor and aroma when compared to tequila, which often lacks this distinguishing factor. “Mezcaleros” still produce mezcal using the same traditional method of roasting the agave in earthen, wood-fired pits and distilling in small-batch copper pot stills. It is this roasting of the agave heart or “piña” that allows mezcal to exhibit this smokiness, but it should by no means dominate the flavor profile of the resulting beverage. There are countless other variables affecting mezcal’s aromas and flavors, that can, and should, be expressed through its discovery.  Production varies greatly among mezcaleros, “palenques” or distilleries, and villages.  Agave species, fermentation methods, number of distillations, yeasts, and general “terroir” all affect the final expression.   Expect to experience an intriguing—and almost infinite—ensemble of aromas and flavors including herbs, spices flowers, fruits, earth, and minerals.

While the formula for tequila is strictly regulated, artisanal qualities continue to be the hallmark of mezcal despite its explosive growth and investment by larger beverage corporations. For the most part palenques continue to steward mezcal, crafting the spirit based on centuries-old family recipes, using a largely unmechanized process that results in a product that is more like art than science.  Palenques also cultivate and safeguard their agave harvests—which can take 9 years to mature—while having to consider sustainable practices. A mezcalero orchestrates all these factors when creating the final spirit, the culmination which is not easily replicable.  As such, mezcal must be savored—not thrown back—in order to truly appreciate its traditional, batch-by-batch, and multidimensional nature.  Ideally we should endeavor to explore the more than 1000 palenques in Mexico, but sustainable, artisanal, and hiqh quality brands are available nationally.  Winning an award for sustainable practices from the Mezcal Institute, Sombra remains committed to minimizing its environmental impact. Their 100% espadín mezcal is a true expression of the species, while their ensamble, or blend, displays elements of two rare agaves that is intriguing and delicious.  For a mezcal that is equally as solid in a cocktail, or for drinking “neat,” try Machetazo’s mezcal made from papalote—emerging as a sustainable alternative to espadín.  Finally, seek out Wahaka’s madre-cuishe mezcal to discover yet another rare agave species that truly defines the terroir that has made Oaxaca the heart of mezcal production.

Mezcal isn’t just having a moment. It’s here to stay. And it is in its evanescence that we discover its permanence.

At once ephermal and evolutionary, mezcal warrants deeper appreciation and education.  Want to learn more about Mexico’s most emblematic spirit? Follow our social media and news section in website.