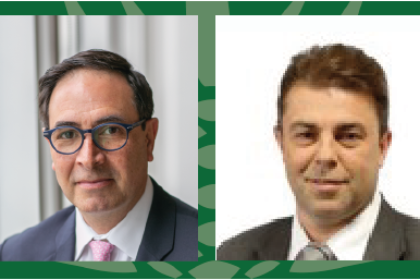 As key representatives of the Institute, the Mezcal Ambassadors will help spread knowledge of this traditional and cultural beverage from Mexico in Europe. While teaching basic appreciation to enthusiasts in their local communities, and encouraging responsible enjoyment of Mezcal, they will showcase the Mexican heritage and traditions of this 500-year old artisanal distilled spirit made in Mexico derived from a variety of agaves. The United Kingdom and Spain are the two largest markets for Mezcal outside the United States and Mexico.

“I hope to promote the magic world of Mezcal, its artisanal process and diversity of agaves,” stated Francisco González-Cos, and added, “There´s so much to learn and discover about this spirit, whose market is developing at great speed. I´m glad to share and enlighten more people about it”.

“I am really excited to be a promoter of Mezcal. It’s a premium product and cultural element that in most cases preserves the traditional and ancestral elaboration processes, giving it unique elements compared with other spirituous drinks”, quoted Ignacio Llano Irusta.

“We are honored to have Francisco and Ignacio represent the Mezcal Institute in Euope”, stated Pablo Payro, Mezcal Institute’s Founder and Chief Executive Officer. “They are both very knowledgable about Mezcal, proud of what this ancestral spirit means to Mexico, and passionate about supporting the responsible expansion of the market.”  The Mezcal Institute is a non-for-profit global organization established in 2019. k,Based in Washington DC and Mexico City,  it was created with the objective of promoting the awareness of this cultural beverage internationally. Its mission is to educate about Mezcal´s diversity, to promote sustainability, and work to support the over 125,000 families whose livelihoods depend on the preservation of this traditional spirit, by encouraging fair trade.